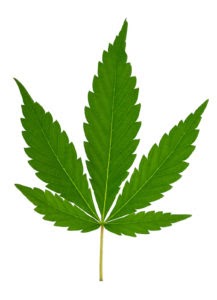 Yesterday I posted a list of domains for sale in a barter network that I am a part of. Within 24 hours of the posting, I had sold 3

domains for $999 each. They all represented amazing profits and I was very grateful.

One of the domains I sold was in the marijuana/cannabis niche and it was my first sale into that market. I had purchased a few cannabis domains a while back (almost three years now) and I can’t recall what triggered it, but it was probably some laws around cannabis use in Washington and Colorado. They were speculative purchases and it seems that thousands of people were on the same bandwagon. When it came time to renew, I did what many domainers do and start to ask myself questions?

In dialoguing with myself, I decided to let two of these domains go. When I sold my cannabis domain today, I actually had two people interested in it. After selling it (or promising it) to the first purchaser, I received an email asking whether or not the domain was still available. When I told the person it was not he said, “you could have gotten 10 times what you got for that domain.” I told him I didn’t think it was worth that much (and it truly wasn’t in its current state). He asked me if I had transferred it yet and I told him I had not. He then asked me to ask the purchaser if they wanted to sell it to him at a profit. I told him I would and the purchaser actually had plans for it so she was not interested in selling it. I then went to see if the cannabis domains that I had let expire were still available and one was however the other was not.

Reinvesting My Cannabis Domain Sale Profits
After having this discussion with the second interested party, it made me realize that I had broken one of my own domaining rules and that was not keeping the valuations current on my domains. I realized I was not watching the industry and apparently there was some pending legislation that now made domain names more desirable in my home state of Arizona. so what did I do? I went out and purchased 6 more cannabis domains.

I actually found a decent geo-specific cannabis domain (hand registered) and then I went to one of my trusted forums where I find deeply discounted names and found lots of cannabis domains at amazingly low prices. I picked up 5 more there at a cost of $7.50 each. All in all, it’s been a great week for domaining. Great profits that got reinvested into more great domain names.

Turning Domain Inventory
As I was posting these domains for sale, I had a few goals in mind. The first was generating revenue. For those not aware, a barter network is a network where you can buy and sell products and services using barter currency. This is money that can only be used within the network, but it’s real money (in fact, you are taxed on barter income). I was happy to generate money into my barter account because I use barter currency to pay for lots of stuff including my pool service, my chiropractor, my accountant, local restaurants, and the list goes on. If you happen to have any questions about how to leverage barter currency, feel free to reach out to me.

My second goal was to turn my inventory. Often when I sell a domain, I end up buying another similar domain for significantly less. There is a good feeling about seeing your inventory turn even if you are not making huge profits. Thankfully, with these three sales, I accomplished both goals and very profitably.