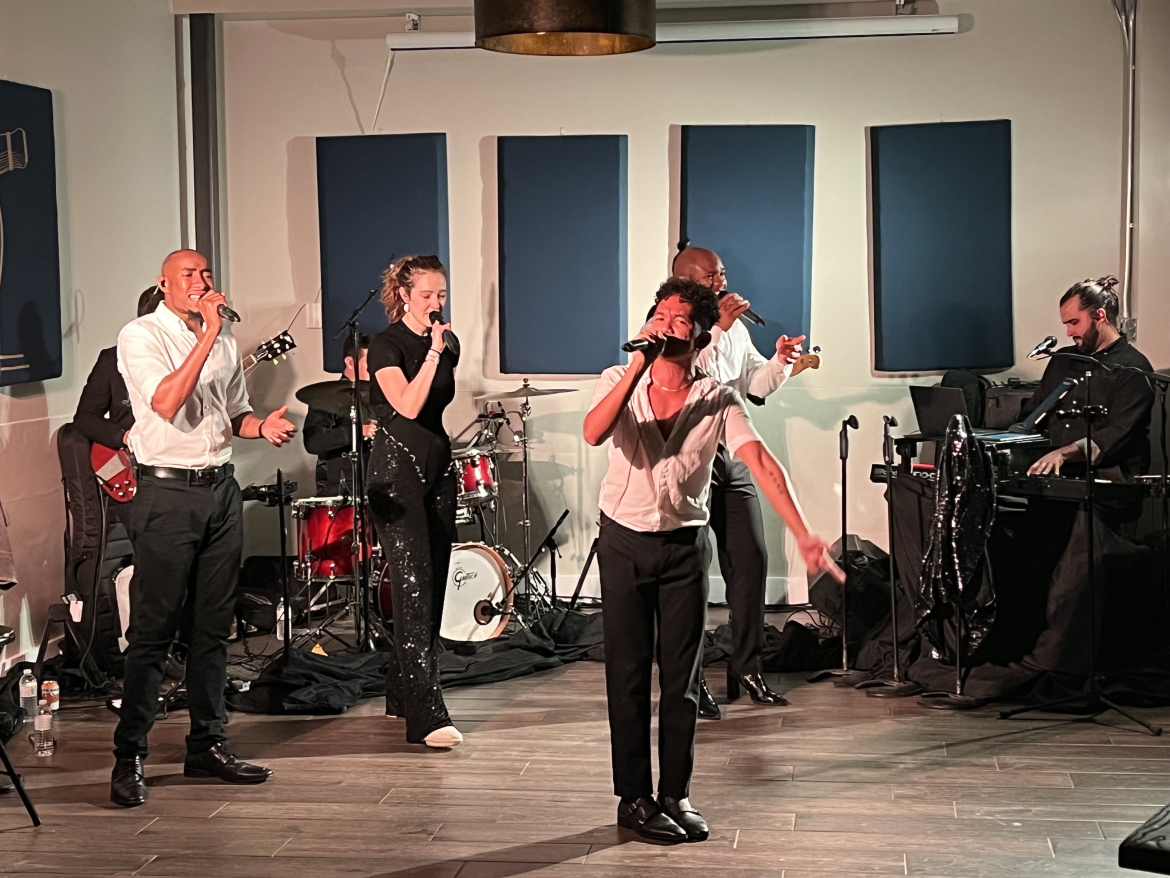 What an amazing day! You can always judge a good conference by asking, “if this was the only day of the conference, would it be worth it?” For me, the answer is YES, although I am glad there is more to come such as the Right of the Dot Auction on Thursday.

There was so much happening, including concurrent sessions, so there is no way that one person could really capture the whole event. That said, I would like to highlight some of my key observations and takeaways.

NamesCon is A Reunion
Many people said that NamesCon felt like a reunion given that it was online last year as well as the fact that so many of us connected online over the past few years (i.e. Domain Social, Clubhouse, etc.) I could not agree more as I was able to connect with people I had known for years who I had never met in person, as well as many that I have met over the past few years, including former clients and colleagues. And while today is “Day 1”, the fun really started the night prior at the hotel bar. One fun takeaway about meeting people face to face after knowing them for some time is that some people were taller than I expected and others were shorter than expected.

Opening Session >> Dynadot Account Credit
Well… I missed the opening session because I didn’t anticipate as many people checking in the morning as I did (so I didn’t have a badge to get in). The check-in line was fairly long, so instead of killing time in the line, I just started networking. This led me to meet the wonderful team from Dynadot, where we discussed what they are doing in the aftermarket. I believe that their aftermarket platform is a great place to find gems because it’s still not seen as one of the major platforms. This isn’t speculation… I’ve actually picked up some deals there. Anyhow, if you are a Dynadot customer, stop by their booth and ask about getting a $20 account credit.

I loved this session because I learned about all of the resources Park Logic has for domain investors including:

Park Logic has been around for some time and they have a unique data-driven approach to domain monetization which I will be testing out. I have not done much with “parking” (and their platform is much more than that), but keep in mind that if you earn $10 per year, your domain is free to hold until it sells. And not to leave out this “sweet” detail… the Park Logic team gave me another reason to visit the land down under by bringing these amazing treats.

This was a fun panel and confirms that pricing is sometimes subjective and often has a lot to do with understanding a specific market, or having the data on that market.  Some takeaways from this panel: Brad Kam from Unstopppable Domains shared his views on how he believes that blockchain domains will be synonymous with consumer identity in the future. It was compelling and moved me closer to buying in further with blockchain domains. He stated that there is a roughly $10 Billion market potential as each internet user would ultimately each end up with 3-5 blockchain domains. He also shared how Opera and Brave browsers (not used in the mainstream) currently support blockchain domains which is a plus. A question has often been raised about collisions of ICANN TLD’s with blockchain TLD’s and this question was raised by a crypto journalist in the audience. To be clear, a specific question was asked about the .wallet TLD which was currently having issues since there were “two of them”. Brad avoided the question which seemed odd, and the journalist reiterated, “that was a question” to which Brad replied, “you can check out Domain Name Wire”. Not having been aware of any history here, I did check out Domain Name Wire and realized that there was a lawsuit around this topic. Given that many people were likely unaware of this, I do believe that a better approach would have been to mention that there was some pending litigation so he couldn’t comment on it. (More on this later…)

New gTLD Session – Meet Customers Where They Are On Their Journey

I really enjoyed this session as we got to hear from some of the gTLD registries about how their specific extensions are remaining strong. One interesting point I heard on pricing was that they are priced a bit higher to create a barrier to entry for speculators and keep them available for the end users that want to put them to use, and I can appreciate that. I also learned about the work of the Domain Name Association in promoting consumer education around domains of which I am a proponent.

“Domaining on the Blockchain” – The Infamous Blockchain Panel

So… this was interesting. There is clearly lots of interest in blockchain domains as it is one of the newest technologies in the domain space. I was expecting an educational and informative panel, and there were a few gems, but this one went off the rails pretty quickly. I will start with a quote from Thomas Barnett who speculates that “90% of blockchains with go to zero” over the next 5 years*. Now that it is not a surprising statement as many others are not convinced that blockchain domains will succeed. Brad Kam stated that the big value in blockchain domains is that you can “own them versus renting them” and I agree that is a good thing. But here is where things start to go south. Do you remember that lawsuit I mentioned regarding .wallet? Well, this became the focal point and it just got ugly as Brad was sitting in between two HNS (handshake) domain evangelists and they turned things into a bit of an interrogation. At one point Brad asked, “is there a moderator here?” because no one was stepping in. Some say this was done intentionally (per this Twitter thread) knowing that there was “tension” between “Team HNS” and “Team Unstoppable”. Here is the problem I had with it, and I am sure others did as well. Much of the audience was unaware of the rift, so it seemed a bit odd to see this display of “toxic bickering” on the stage. Most of us were there to learn and ask questions. This panel could have been so much better if it focused on the educational aspects. And Kudos to Ray King and Thomas Barnett for helping to direct the attention to the audience’s questions. And hey, there are more blockchain domain sessions to come… so they should be interesting. 🙂

This was a great session with the legendary Rick Schwartz (via video conference) and ever-so-eloquent broker extraordinaire Kate Buckley. A few takeaways from this session were: After Party to Honor the Legendary Frank Schilling For those who don’t know, Frank is a legend in the domain industry. Among other things, he was the founder of Uniregistry which was ultimately purchased by GoDaddy. The event was held at Eberly and it was a great event! There was an amazing band “PDA” that rocked the house and they also have some acrobatic performers which were simply amazing.

Shout to Daniel for sharing his Uber ride, where I got to hang the “Braden’s crew” and meet his long-time assistant who I have heard him refer to over the years.

I learned The Key to Domain Investing Success

If you follow Michael Cyger (and you should), you might have seen his Tweet about the magic GoDaddy socks. I took his advice and I am expecting to see success in the Right of the Dot Auction and beyond!

How much do I trust @MichaelCyger? This much…

I hope you enjoyed this if you were not able to be here. Feel free to share more memorable moments or personal highlights in the comment below.

* Thanks to Andrew Allemann (domain journalist extraordinaire) who caught that I had misquoted Thomas’ quote. I was able to catch Thomas and get his updated quote.